The effects of oversleeping (hypersomnia) have been linked with many health problems. which include diabetes, heart disease, and an increased risk of death. Although sleeping is essential for health. But too much sleep is not considered good for health.

Sleeping just two hours more than the recommended six to eight hours has been associated with an increase in the chances of getting strokes or heart failure by up to 41%, as per the researchers’ team led by Chuangshi Wang.

Why do people oversleep?

The amount of sleep, one needs, varies during different phases of life. It depends upon age and activity level. It also depends on general health and lifestyle habits. During periods of stress and illness, one may need increased sleeping time.

Oversleeping, also called hypersomnia, is a health disorder. That causes you to sleep for unusually long hours. However, the other factors that are strongly associated with oversleeping are depression and low socioeconomic status. Due to their lower socioeconomic status, people may have less access to the health care system. Therefore, an illness like heart disease may remain undiagnosed. which may be a cause for oversleeping.

One of the other causes may be Sleep apnea – A health disorder due to which patients breathing is stopped momentarily during sleep. As a result, the normal sleep cycle is disturbed.

Oversleeping can also be due to the use of prescribed medications or alcohol. Depression can also lead to oversleeping.

As per the studies, it has been found that sleeping too much may lead to an increased risk of diabetes.

Sleeping too much may lead to obesity. As per the study, people who slept 9 to 10 hours every night were 21% more likely to become obese during the study period. 6 years. The results were the same for people taking the same food and doing the same exercise.

Sleeping longer than usual may lead to headaches. It is believed that it is due to certain neurotransmitters in the brain. which includes serotonin.

About 15% of people with depression sleep too much. Regular sleeping habits with an optimum level of sleep are suggested to relieve depression.

In a study on women, it was shown that women who slept nine to eleven hours per night were 38% more likely to have coronary heart disease. The reason for this could not be identified.

What can be done to reduce the effects of oversleeping?

If someone is sleeping for more than nine hours a day regularly, then a health check may be required. Please consult a healthcare provider.

Wishing all a healthy life.

How to reduce heart disease risk in diabetes?

Caring – For Your Heart

Eating Snacks and Watching T.V.- Not Good for Heart. 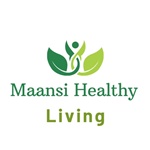